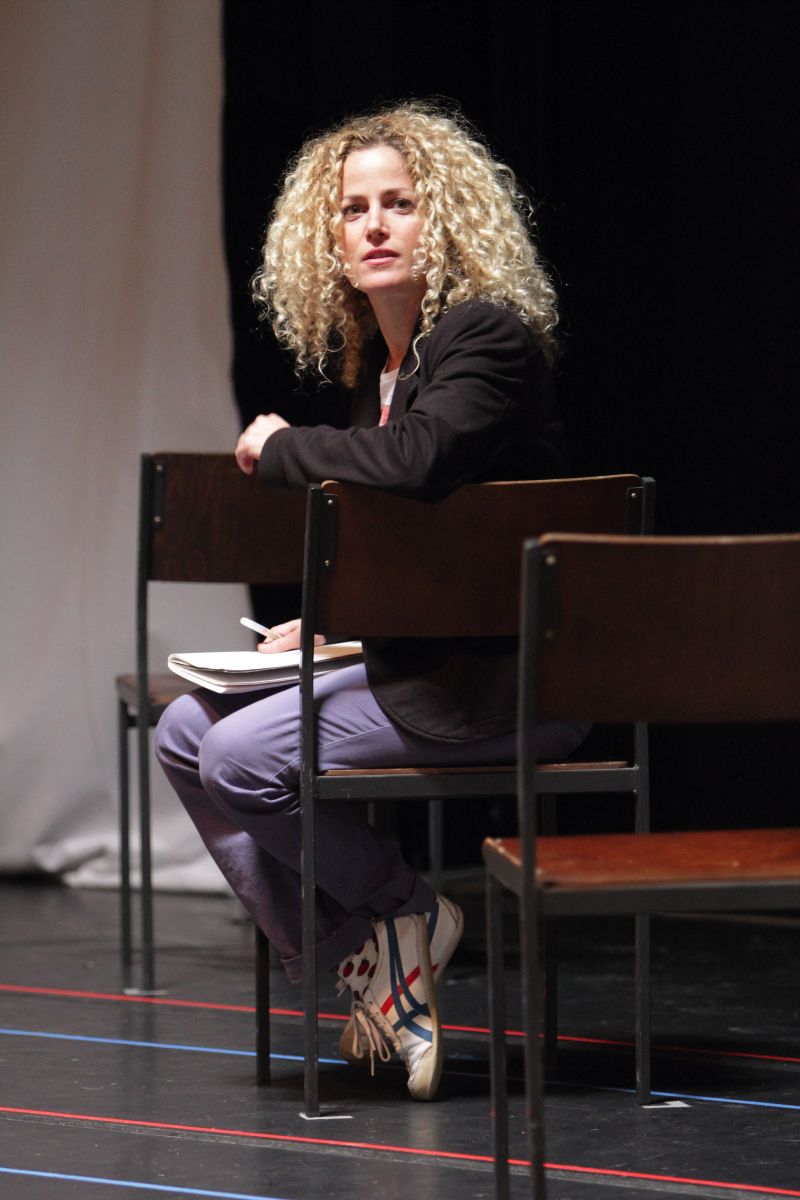 Saar Magal creates dance theater and opera performances, and collaborates with dancers, actors, singers, scholars, visual artists and musicians. Her work strives to enable the convergence of artists, audience, objects and materials on stage to create new contexts and territories for movement and narrative.

Amongst Magal’s latest creations are: A Monteverdi Project, exploring the potential development of love, eroticism and human relationships in a future shaped by the influence of new technologies, post-humanism and the Anthropocene era, commissioned by the Staatsoper Unter den Linden Berlin, and premiered in November 2018; Jephta’s Daughter, based on the story of Jephta and his Daughter from the Old Testament and the Oratorio by Giacommo Carissimi, comissioned by the Bayerische Staatsoper and premiered in July 2015 at the Haus Der Kunst in Munich; Hacking Wagner, which aims to interact with the Wagnerian monumentalism on both the German side and the Israeli side, and debates the Wagner Ban through a field of personal associations and a strain of a collective subconsciousness as regards to the Wagner issue. The piece was commissioned by the Bayerische Staatsoper as part of its Wagner Opera Festival and premiered in July 2012 at the Haus Der Kunst in Munich; Up Your Ass, Virginia! The Valerie Solanas Project, a dance piece based on Valerie Solanas’ 'SCUM Manifesto' and her play 'Up Your Ass'. The production premiered in May 2014 at the Rote Fabrik in Zürich and performed at Tmuna Theater Tel Aviv.

Together with her colleague Jochen Roller, Magal created and performed the evening-length duet Basically I Don't But Actually I Do which examines how their contemporary perceptions are influenced by their phantoms of memory, as children of the third generation and grandchildren of both perpetrators and victims. The piece was produced and performed at the Kamapnagel in Hamburg in 2009 and invited to the Sophiensaele in Berlin, Muffathalle in Munich, Tmuna Theater in Tel Aviv, Arts House in Melbourne in 2010 and Auawirleben Festival in Bern in 2011.

Saar Magal was born in Israel and studied at Thelma Yalin Arts High-School in Tel Aviv, and at the Laban Centre for Movement and Dance in London, for which she was awarded a full scholarship by the British Council. From 1996 until 1999 she created several pieces for the Batsheva Ensemble Dance Company under the directorship of Ohad Naharin: Pandora's Garage, Yossi The Grounded Angel and C.F.C. Furthermore, Magal created several dance performances, such as The Boy and the Dolphin and Under the Belt at the Suzanne Dellal Center in Tel Aviv 1993-1995; Furniture Showroom at the Laban Center London 1996; Shin at the Suzanne Dellal Center in Tel Aviv 1997; The Ulysses of the Mediterranean, in collaboration with composer Luigi Cinque and Multifrazione Progetti & Fabbrica Europa at Stazione Leopolda, Florence 1999; Bottom of the Ninth at Peridance NYC 2000; Telem and Adagietto at the Bat Dor Dance Company Tel Aviv 2000-2001; Roaches at the Curtain Up Festival in Tel Aviv 2006; Showdown and Come Back at Hazira - Performance Art Arena in Jerusalem 2007-2008. Her dance film CellFish, in collaboration with visual artist Shelly Federman, premiered in 2005 at the Lincoln Center in New York.

As a teacher for physical theater, contemporary dance, improvisation and dance composition, she taught amongst other schools at ART Institute for Advanced Theatre at Harvard University, University of Chicago Theater and Performance Department, Peridance Scholarship Program in NYC, Bat Dor Studios of Dance and The Maslool Bikurey Ha'itim Dance Program in Tel Aviv, and at The School of Visual Theater in Jerusalem. She also participated in the City-to-City Cultural Exchange Conference Presentation, gave a Master-Class Workshop and created a performance with an international group of students at Zuni Icosahedron in Hong Kong in 2017.

Magal has received a research and development fellowship at the Freie Universität Berlin International Research Center for Interweaving Performance Cultures, Berlin 2017, and a position of Visiting Artist In Residence at the Stanford Arts Institute at Stanford University, San Francisco 2016.

With American director Robert Woodruff, she has co-created Phaedra 4.48 at the ART Institute in Cambridge and Mxat Theater in Moscow 2002. She has also collaborted with Woodruff as a choreographer on the following theater productions: The Changeling and Jude Suss, Beer Sheva Municipal Theater 1994-1996; Fossil and Medea, Habima National Theater 1997-1998; The Changeling, Theater For A New Audience NYC 1997; King Richard The Second and Oedipus, The American Repertory Theater 2001-2004; Iphigenia in Aulis, Toneelgroep Amsterdam 2008.