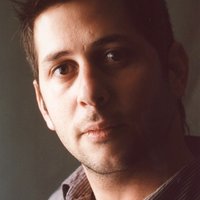 Based in Tel Aviv, Israel, Amit graduated the SVT in Jerusalem in 2001. He collaborates with independent artists, designers, international institutions and theatres. His recent projects were produced by Swiss theatre Vidy in Lausanne, under the direction of Rene Gonzales and celebrated international tours. Drori creates a theatrical universe that originates in images and is based on the use of mechanical and robotic wood-crafted objects, live performers, video projections and open source technologies. His recent creations include Savanna – A Possible Landscape for Theatre Vidy- Lausanne (2011), Orlando for Theatre Vidy-Lausanne (2009) and Terminal for the Israel Festival (2006). Amit Drori has collaborated with Saar Magal as the designer on the creation Hacking Wagner at the Bayerische Staatsoper in Munich in 2012. Drori is a teacher at SVT Jerusalem and a guest lecturer at the MA in Visual Literacy program at Hakibuzim Academy, Tel Aviv. He has received the Rozenblum Award for Excellency in the performing arts; Acre Festival awards for directing and design; and has received grants from the America-Israel Foundation, the Jerusalem foundation, the Israeli Lottery Council, Rich Foundation, Nathan Cumings Foundation and the Rabinovitz Foundation. More info: amitdrori.com 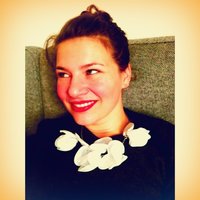 Since she had finished her Diploma as a Costume-Designer in Hamburg in 2011, Wiebke Schlueter is a freelancing designer for theater and film productions. Amongst others, she has been the assistant on productions with Hans Neuenfels and Frank Castorf at the Bayreuther Festspiele in 2010 and 2012/2013. She also workes regularly with Reinhard von der Thannen for the Komische Oper Berlin (2013) and the Züricher Opernhaus (2015), and with Angela Richter at the Schauspiel Köln (2013, 2014, and 2015). She has collaborated with Saar Magal as costume designer in 2015, when they realized Jephta’s Daughter at the Bayerische Staatsoper. Contact info: wiebke.k.schlueter@googlemail.com

Moritz Gagern is a free-lancing composer living in Berlin. Writes music for concert, theater and dance. In 2012 he has been collaborating with Saar Magal to create the music for the piece "Hacking Wagner" at Bayerische Staatsoper, Haus der Kunst. Recent projects include the orchestra piece "Approaching the Habitable Zone", premiered at the Taipei Arts Festival, Taiwan, "Fenster" for small mixed ensemble, premiered at Conservatorio Benedetto Marcello in Venice, Italy and "Zappora" for percussion solo, premiered at Neukoellner Oper, Berlin, Germany. In 2015 he produced a CD in Tashkent, Uzbekistan, on which traditional Uzbek shashmaqam is combined with Rock and Jazz.  Info at: www.gagern.wordpress.com
Photo: Relisa Granovskaya 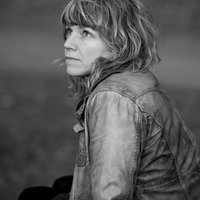 Born 1977 in Freiburg, Germany, studied at the fine art school Hamburg, Bremen and Marseille. Since 2004 she worked at the „moks“ Theater Bremen as theater-photographer and set designer. 2007-2009 she was stage-setting assistant at the Schauspielhaus Hamburg. There she designed her own work amongst others such as "Hamlet" directed by Klaus Schumacher, "Verbrennungen" and "paradise now" directed by Konradin Kunze. She worked with different directors such as Felix Rothenhäusler, Babett Grube and Antje Thoms, and at differesnt theaters such as The DeutschenTheater Göttingen, Theater Bremen, Maxim Gorki Theater Berlin, Theater Heidelber, Saarländischen Staatstheater Saarbrücken and Deutsches Schauspielhaus Hamburg. Along with her theater work, Lea acts as Artist and Photographer, and is a part of the cartoon movie collective "la gamine vollant". In 2015, Lea collaborated with Saar Magal as a set designer for the production "Jephta's Daughter" at the Bayerische Staatsoper in Munich. 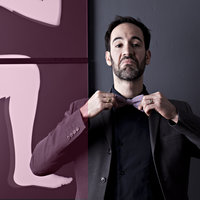 A virtuoso of the double-bass and an explorer of interdisciplinary performance. Collaborated with dancers and choreographers using a his Makespeak method to create a common language for interdisciplinary performance in movement, sound and visual arts. Taught Makespeak at the Mark Morris Dance Center in NYC and for the Alonzo King Lines Ballet’s Training and BFA programs in San Francisco, and directed Makespeak performances in venues and festivals including Suzanne Dellal dance center in Tel Aviv, Central Market Arts festival in SF, Museum of art and Design in SF, Perry Dance NYC. He was invited by Saar Magal to collaborate on her creation Jephta's Daughter as musical director, composer and performer. His composition work includes pieces for San Jose Dance Company and original movie scores. Haggai leads a robust career as a touring and recording artist and performs extensively around the world. He has recorded as leader and sideman/co-leader on over twenty albums, namely with the Omer Klein trio, Banda Magda, Bustan Avraham and many others for labels such as Fresh Sound - New Talent, Warner and John Zorn’s Tzadik. Born in Israel, Haggai moved to the states to earn his B.M. from the New England Conservatory in Boston, and currently lives in Brooklyn,NY. More info: http://www.haggaicohenmilo.com/

David J. Levin is Addie Clark Harding Professor in the Department of Germanic Studies, the Department of Cinema & Media Studies, and the Committee on Theater and Performance Studies at the University of Chicago.  In June, 2011 he was appointed the founding Director of the Richard and Mary L. Gray Center for Arts and Inquiry at the University of Chicago, an experimental center for artists and scholars. Professor Levin's work focuses on the aesthetics and politics of performance in opera, theater, cinema, and dance. In addition to his academic work, Levin has also worked extensively as a dramaturg and collaborator for various opera houses in Germany and the United States as well for the choreographers William Forsythe and Saar Magal. In the autumn quarter of 2014, Levin and Magal team-taught a laboratory course at the University of Chicago in preparation for their collaboration on Jephta’s Daughter, which premiered at the summer festival of the Bayerische Staatsoper in Munich in July 2015.